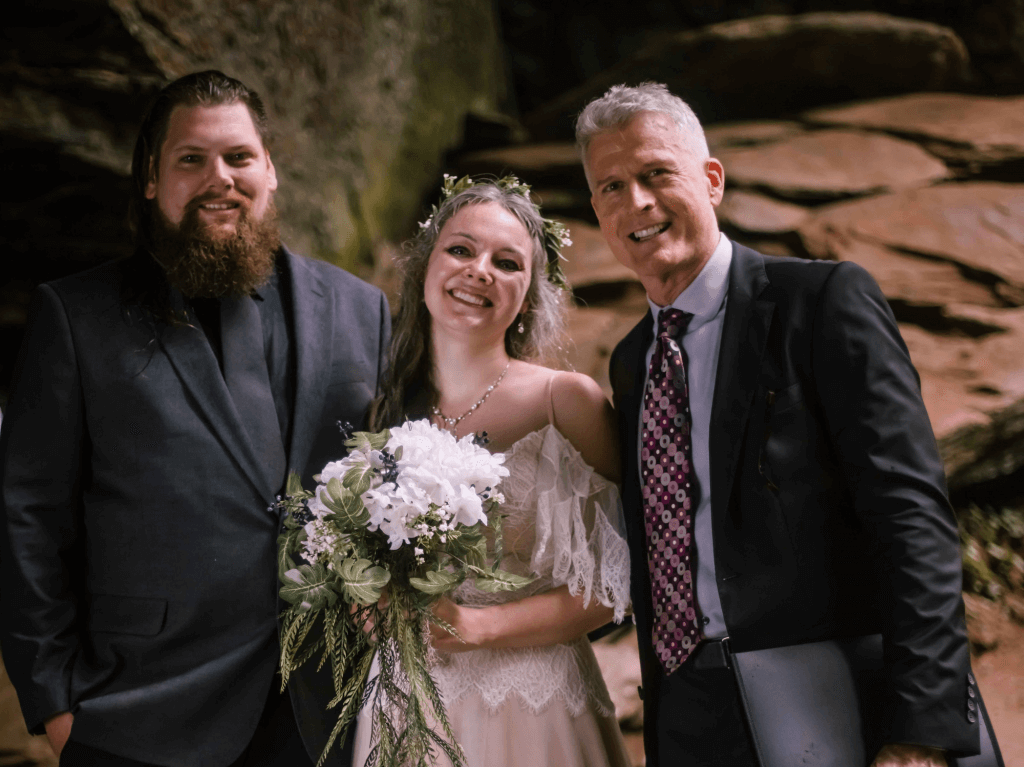 Marc is a warm, welcoming, and worldly officiant who grew up in Asheville, and has left and returned home three times! He traveled the world for 17 years acquiring a diverse set of experiences as a restauranteur, photographer, actor, and professional model. He has lived all over Europe, the U.S. and Japan, and he has called New York, Miami, Hamburg, Los Angeles, and Atlanta home.

Growing up Christian, Marc felt confined by traditional religions early on. His spiritual journey has included Christianity, Unitarianism, Science of the Mind, and Buddhism. Present moment Awareness is his main focus, and as a three-time cancer survivor, his spiritual quest has deepened with each round. Finding his source within himself, he learned that the greatest tool for healing came from compassion for himself and then the world.

Being a lifelong photographer, Marc transitioned into professional photography when he was asked by friends to shoot their wedding about 22 years ago. He then spent many years shooting weddings in the U.S. and Germany. He has been commercial photographer for over 17 years on multiple continents. He has photographed everything from  fashion catalogue to hospital beds and food. More recently, he uses his camera to bring awareness to things that he feels need attention. His last project, “Faces of Homelessness”, documented women who have been homeless, and are now finding their way again in the world. Also year he finished project called  Faces of Climate City – a project that highlighted all the wonderful folks in Asheville that are on the forefront of fighting climate change.

Marc has been the face of multiple worldwide ad campaigns including BMW X5, Bose, The Wrangler Man, The Camel Man, as well as numerous television commercials and a recurring role on Guiding Light. He has also facilitated extensive relational work, helping guide others to find their true authentic voice. Marc’s unique life experiences have now led him to an interest in officiating weddings where he can use his wisdom, grace, and calming energy to help create a wedding day experience that is more meaningful and enjoyable than you could ever expect, both for you and your guests.